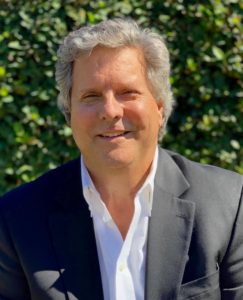 William A. White enthusiastically joined FUTURA in January 2019. William is a family man with a deeply rooted Faith in God, that has not only guided his beautiful family but his profound ability to continue to exploit his God given talents driven by his profound hard-work ethic. He brings great interpersonal communication skills along with his abundant real estate market knowledge developed over his very successful 40-year career, overseeing critical facets of the acquisition, permitting and construction processes associated with development of commercial real estate.

In 1978, William joined The Kroger Co., the nations largest supermarket chain, in their Atlanta real estate office, while also servicing regional offices in Nashville, St. Louis and Orlando. He was personally responsible for two of the first ever Kroger owned and developed shopping centers. He directed all real estate development activities, for their largest operating division, completing approximately $200 million in assets, and ultimately administered over 900+ leases in 12 states. His prominent 11-year career at Kroger, allowed him the opportunity to become the youngest individual to be promoted to KMA Real Estate Manager in the 100+ year history of the company.

In 1989, he expanded his career by joining The Ahold Co. in Northeast Ohio, the world’s third largest grocer, where he became Vice President of Real Estate for First National Supermarkets (d/b/a Finast) – directing real estate, construction and market research activities. As a member of the Officers Operating and RE Development committees, he was responsible for over $30 million in annual expenditures, while negotiating over 3-million GSF in retail supermarket leases, administering a portfolio exceeding 4 million square feet, and vaulted Finast into a dominant #1 share of market position in a then $5 billion annual NE Ohio MSA. William also directed Finast’s Cleveland urban reinvestment campaign exceeding $25 million, earning national accolades.

In 1998, William returned to the Florida marketplace and the Orlando MSA, where he continues to reside, participating in all aspects of real estate acquisitions and development for nationally recognized retailers and development firms like National Retail Properties, Velmeir Companies and Fifth Third Bank. During his tenure with FTB, covering the entire Southeast US, William was involved in the acquisition of over $140 million in commercial properties, involving over 200 branches and 7 regional offices, increased core deposits and market share ten-fold, and developed and opened the Bancorp’s first LEED certified Gold branch.

Through tireless dedication, patience and strong work ethics William has guided hundreds of projects across multiple communities and states through the identification, acquisition, design, entitlement, permitting, and construction phases to a successful and timely delivery, in accordance with all targeted financial investment criteria, representing a total real estate portfolio value exceeding three-quarters of a billion dollars. William has been involved over the years with the International Council of Shopping Centers, serving on committees in 3 different states, and as a board member of various not-for-profit corporations (Red Cross, Girls Scouts of America and United Cerebral Palsy).  William received degree in Finance &amp; Real Estate with his BSBA from University of Missouri at Columbia; where, along with six other individuals was the founding father of Rho Epsilon on campus.